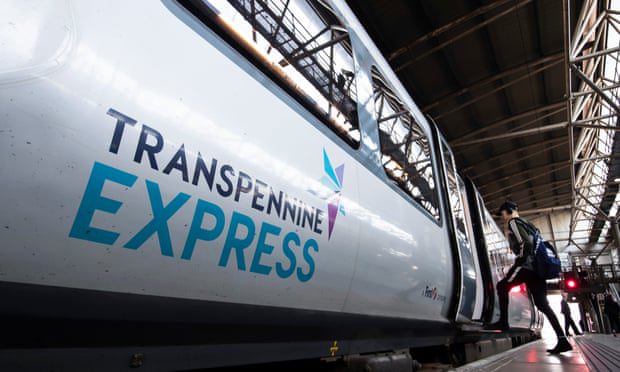 After the announcement of the first section of the PS96bn integrated railway plan, the government has tripled the investment in train services in the north of England.

Last November, the multibillion-pound plan was announced. It promised faster train journeys than the original plans for the HS2 Eastern leg and Northern Powerhouse Rail.

Grant Shapps (transport secretary) will announce Tuesday an investment of up to PS11.5bn in Transpennine Route Upgrades. This was previously a PS2.9bn project that provided services between Manchester, York, and Leeds.

Commuters can look forward to two additional passenger trains per hour starting in 2025 and shorter journey times of up to 40%.

Shapps claims that the time it takes to get from Manchester to Leeds will be reduced by up to one hour, and that it will take just over 30 minutes. This improvement will revolutionize the journey across Pennsylvania.

“This is the largest investment that any government has ever made into Britain’s railways. He said that it was up there with the Victorians and likely more than they were doing.”

The plans were dismissed by however as “yet other re-announcement of existing funding by a headline seeking transport secretary”.

Manuel Cortes, general secretary of TSSA, stated that the triple investment is not part of the overall funding package. He said: “If the government was serious about supporting our railways it would do more to reduce rip-off ticket pricing and improve reliability and end-to-end journeys.

Some quarters were disquieted by the integrated rail plan, while others felt frustrated by what they perceived as a less thorough overhaul.

Although the investment was PS96bn, it included promises to improve TransPennine’s route and the confirmation that major components previously approved would not be implemented. These included the east leg of HS2 from Leeds to Manchester and a full high-speed east-west line linking Manchester to Leeds.

Louise Haigh, shadow transport secretary, stated Tuesday’s announcement did not change the situation for the people of the north who are “sick and tired” of discredited government’s empty words.

Haigh stated that the Conservatives had made a decade of “broken promises” regarding proposed improvements to the Manchester-Leeds line.

Shapps claims that this investment is an indication of his determination to address the “historical lack of balance” in spending between the north and the south. He said that the north is now getting “about 14% less per head of population” than the national.

“For the first time in history, we are seeing higher expenditures in the north.” This is a complete reverse of the situation before and all part of our plan for leveling up the country.

The next phase of electrification on the railway line between Stalybridge, Manchester will see almost PS1bn released. Complete electrification, digital signalling, and additional tracks will be added to the route.

Bitcoin Crash Opens Door to a Tax Loophole For Investors